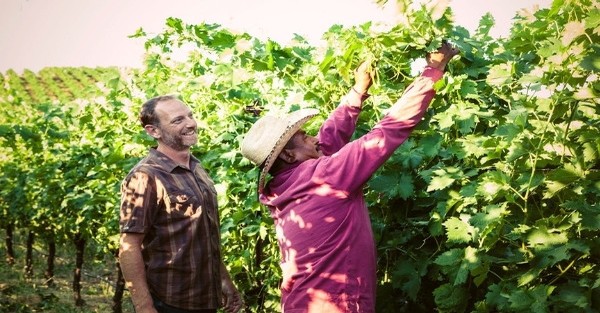 Owner and winemaker Sam Patterson focuses on small batch, single-vineyard wines that highlight the high-elevation sites he farms throughout El Dorado County. Currently, approximately 350 acres within the Fair Play region are planted to grapevines, and this award-winning wine scene is gaining popularity and acclaim.

Sam studied at UC Davis, where he earn a combined degree in viticulture and enology in 1998. His first job was at Charles Krug Winery, and in 2001 became director of vineyard operations for Renwood Winery in Amador County, a position he held until he established his own vineyard-management company in 2006. He and his wife started making their own wine on the site in 2013. They have remodeled the farmhouse where they produce outstanding wines including Cabernet Sauvignon, Syrah, Tempranillo, Petit Sirah, Zinfandel, Grenache, Mourvedre and Alicante Bouschet.